An example of a fragment of midlands yellowware ceramic from a small drinking vessel or jug. This type of vessel was poorly represented in the ceramic assemblage, but is one William Shakespeare is most likely to have known and owned.

This piece dates from the last quarter of the sixteenth century during the period of Shakespeare’s occupation of New Place.  It was likely to have been produced in Wednesbury, Staffordshire or Ticknall, Derbyshire. 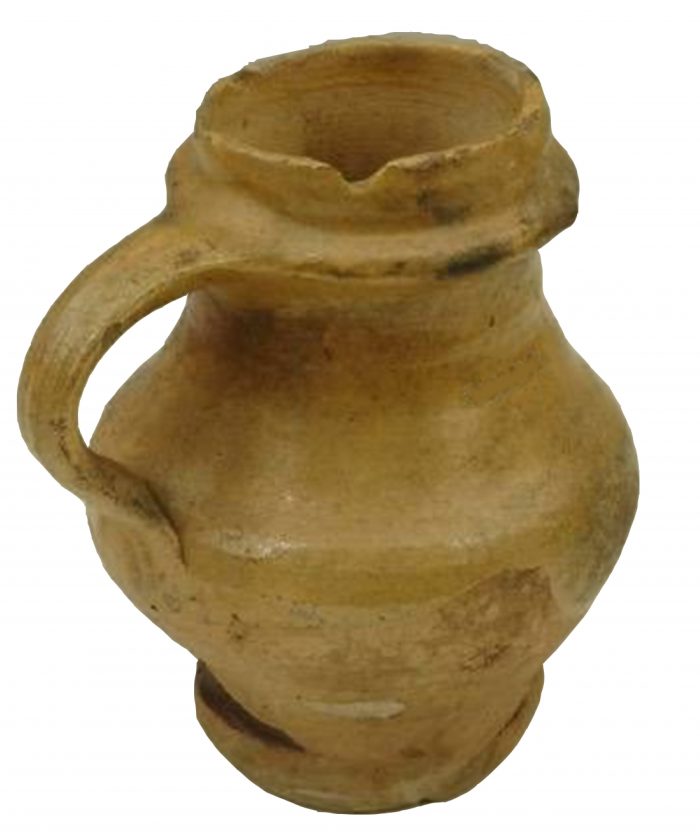 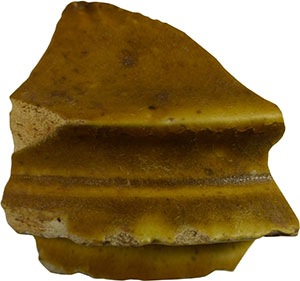