Part of an onion-bottle used to hold wine, recovered from a collapsed clay oven situated in the backplot to the rear of New Place. This short necked type of bottle was common in the later part of the seventeenth century and into the eighteenth and would certainly have been familiar to the later occupiers of Shakespeare’s New Place.

It was likely to have been produced in Bristol, South-West England, one of the centres of bottle manufacture at this period. 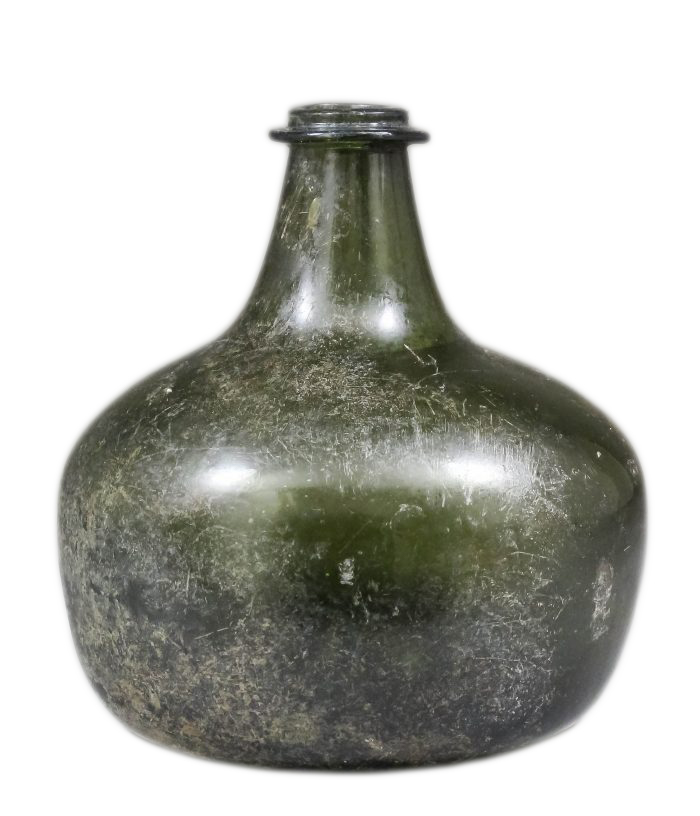