Two fragments of rotary quernstone were recovered from the excavations. These dated to the Iron Age and would have formed part of circular quern, used in the process of rotating an upper stone against a lower stone to grind the grain to make flour.

The fragments were associated with several  large pits used for the storage of grain or other crops, of which comparative examples have been found to be located on the periphery of settlements. 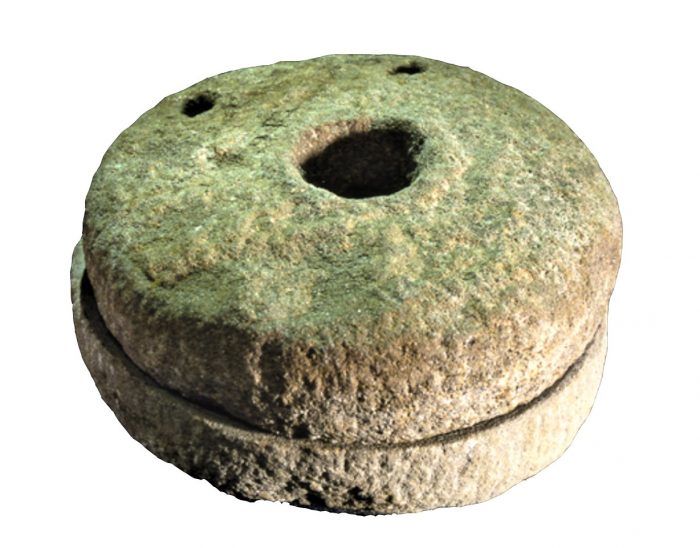